The first time that I saw a saffordite/cintamani stone, I wasn’t quite sure what I was looking at – because it really appeared to be “just a little black rock” to me. I was then introduced to the fact that many of them, including the ones I was shown, are translucent. Immediately, they seemed more interesting. It is quite the phenomenon, to see a black rock quite suddenly turn into appearing yellow or white the instant a light is shone through it. To me it was anyway! Since then, I have come to know these stones at a much deeper level, and from there, it has caused me to research to find out more about them. So, what are they, and where did they come from? Why do people feel such great energy from them? Why would anyone wish to have one of these stones?

The next thing that happened was that I got an opportunity to go out into the Arizona desert, at the eastern end of the Sonoran Desert where these extraordinary stones are found. From what I learned, this area, northeast of Tucson, is the only place in the world that these particular stones are found. I went with a couple of others, one of whom had a lot of experience in searching for these mighty little rocks. He showed us what to look for, with various techniques of spotting them in the glaring sunlight, and also in the dark, using flashlights. It was winter, so going out in the early hours of the morning, in the dark, was a cold experience!! I didn’t find a large amount in the dark, so I continued on during the days, which were pleasant during January and February. It was the most extraordinary thing really – once I knew what to look for, I found that some days I could walk for hours and for miles, without seeing a single saffordite stone, but then quite suddenly, one would be just sitting there, almost saying: “here I am, where have you been?”!! Sometimes, there would be two or three close together, but more often, there would be just that solitary stone sitting there. There were certain landscapes where I would find more – such as the plateaus where there were not too many rocks scattering the desert floor – maybe it was just too hard to see them amongst the rocks where there were rocks of all types literally everywhere! Other days, I would come across several – one here, one there, and another over there! But, they would be just sitting there, on the desert floor – not dug in, not covered, not in the middle of a bunch of other rocks, just sitting there alone!!

The interesting thing about them is that they really do seem to be living beings – they are, as I mentioned above, extraordinary, and most people who handle them feel their energy. The greatest evidence I have of that is when I took some of the stones I found to show to people who are known psychics.   One experience of this was when I went to a shop where a psychic woman did readings. I went to open the door to go in, but it was locked. I figured I had the opening times wrong and was reading the info on the door about opening times and with that, the door opened. The psychic woman said: “sorry, I am doing a reading, can you come back in half an hour?” I said I was happy to, but said, that I had some stones to show her, and I handed her a page describing the saffordites. Immediately, she said: “Oh, I really like these, please come back, I have to have one of them.”   I had not even taken one of the stones out of my bag – she felt the energy before even seeing or touching one – she felt the energy without that!   Another psychic I brought the stones to also felt amazing energy from them, and remarked on how powerful they felt to her. There really is something extraordinary about them. 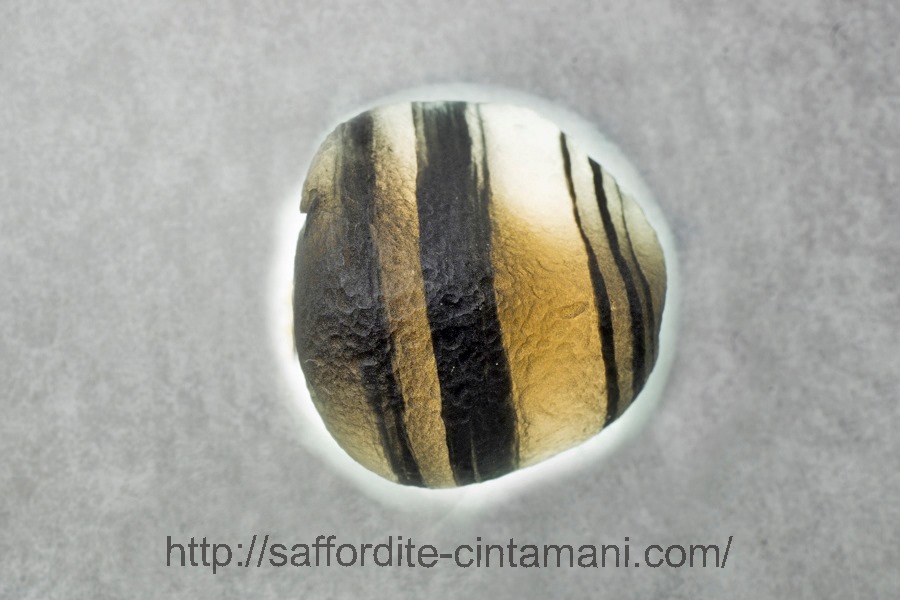 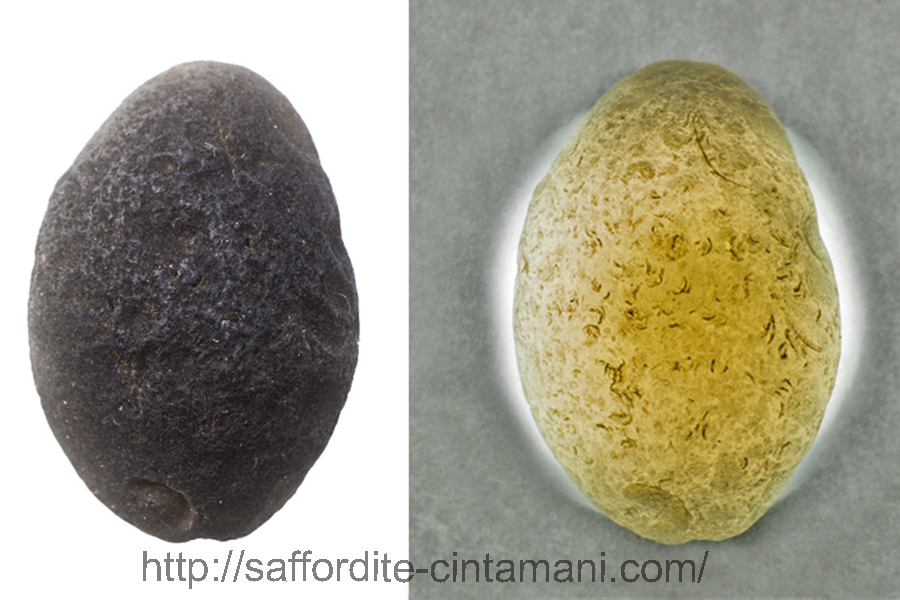 What are they, and where did they come from?

So now, back to some of my questions at the beginning of this article. First, I asked: What are they and where did they come from? Well, to answer this question, I will have to share various amounts of information that I have found with my research. It seems that there is a difference of opinion on this stone. Some say it is a tektite and originally was extra-terrestrial. They say that emissaries came to Earth from a planet orbiting Sirius and that they brought it to help bring the people of Earth together through mutual support, love and equality. Did we really have connection to such beings? Some of this aligns with the stories of Nicholas Roerich who was a Russian artist who we are told, devoted part of his life to this stone, and was said to have traveled to Asia and there he received a large stone from some Tibetan monks. (Who must have acquired it from the Arizona desert somehow, since that is the only place it is found on Earth.) He had a mission to bring the stone to some world leaders as a foundation of peace and reconciliation. There is a museum in New York, which displays his art, and some of his paintings feature what appear to be these stones. Others say that the meteor hit Earth, rebounded, and then shattered into mostly small pieces and then landed again on earth, later to be washed, tumbled and shaped in great alluvial flows of ancient rivers.   Then the waters dried up leaving the rounded, egg-shaped stones sitting on the dry desert amongst alluvial gravel flow and where they are found today.  It’s interesting to note that all of them have curved edges or are shaped like tumbled stones, few, or none are sharp edged. And then again, others say that it is obsidian, which is the result of fast cooling lava. Experts have said that they now have evidence that it is indeed ancient obsidian. The stones often have unique markings in the way of pit structures on the surface, and they say that geological effects such as wind erosion and weathering cause these.

Why do people feel such great energy from them?

Well, this is a great question – because people really do feel good energy from them. Even though these stones look pretty normal from the outside – hence my original perspective of them – they truly possess magnificent power and pure energy. Many people use all sorts of different rocks, stones and crystals to assist them in their metaphysical and inner work. What most have come to recognize, is that the stones are pure light and their energy cannot be misused because they do not shift into dark or low frequencies. There are other stones that sometimes are found to have energy that does not align with clearing and cleansing work, but with the saffordite-cintamani stone, this has not been found to be the case. Rather, these stones tend to carry a very high vibrational level which really seems to help us move forward in life as they have loving and grounding energy that assists us to get deep into our inner layers of emotional injury and from there, move on to find our true authentic selves. In some way, it seems that these stones have the ability to convert unaligned frequencies into the frequencies of love, grace and peace. Along with all of these great qualities, the stone is also known as the “wish fulfilling stone”. The word “cintamani” is translated as meaning “thought gem” or “wishing stone”.

One thing that I feel is important is that these stones, whether you call them saffordite, cintamani or just cute little stones, seem to operate from one’s intentions for them. We ask them to assist us in our inner processes and healing, and it seems that they are happy to oblige! What you put in, you get out, what you sow, you reap, that sort of thing – although, as mentioned earlier on, it doesn’t seem that they will operate on dark and low frequencies and therefore can do no harm. Some say that they are the most powerful gemstones yet discovered, even more powerful than moldavites. The energy is simply more pure.

I now would like to touch on the translucent element of the saffordite-cintamani stones. For anyone who has not actually seen or felt one of these stones, I highly recommend that you acquire one – the feeling of the stone in your palm is delightful. Add to that the experience of seeing its translucence, then one truly feels the gift of this mighty, yet graceful and generous being. When you see this wonder, it is something truly to behold.   In another’s words, when you see the light shining through: “you are holding a glowing stone with high vibrational energy and can physically sense the energy it possesses, it definitely feels charged up and warm. Radiating loving grounding energy.” I could not describe the feeling and experience better myself. To see a coal black stone transform instantaneously before your eyes, with the application of light, into a whitish, yellowish stone, is surely a sight to behold – for me it certainly is.

Why would anyone wish to have one of these stones?

.
This is my last question to answer. Here is how I answer it after all the experiences I have had with them, and after the research I have done on them.   To start with, it is said and experienced that they have many qualities and properties including:

It is also said that burying the stone “can create a vortex of energy that creates boundaries against negative or undesired forces.” Having one or more of these stones on one’s body helps one create more positivity around one in the world, thereby reducing the negativity that is so often crashing all around us. I for one am more than happy to contribute to the positivity that is needed in this world. Bringing these happy little stones into one’s life can not only help oneself, but it can also ultimately help all, and who doesn’t wish to help all humanity? My treks across the Arizona desert were so life affirming in many ways – not only did I get to take some awesome exercise, spend time with nature and Earth Mother herself, but I also have been able to bring back these mighty little “gems” to share with other human beings. Let’s stand together to help make this world a better place, and be grateful that these mighty little stones have agreed to assist us.

Peace. Love and Respect to all, and thank you for reading, 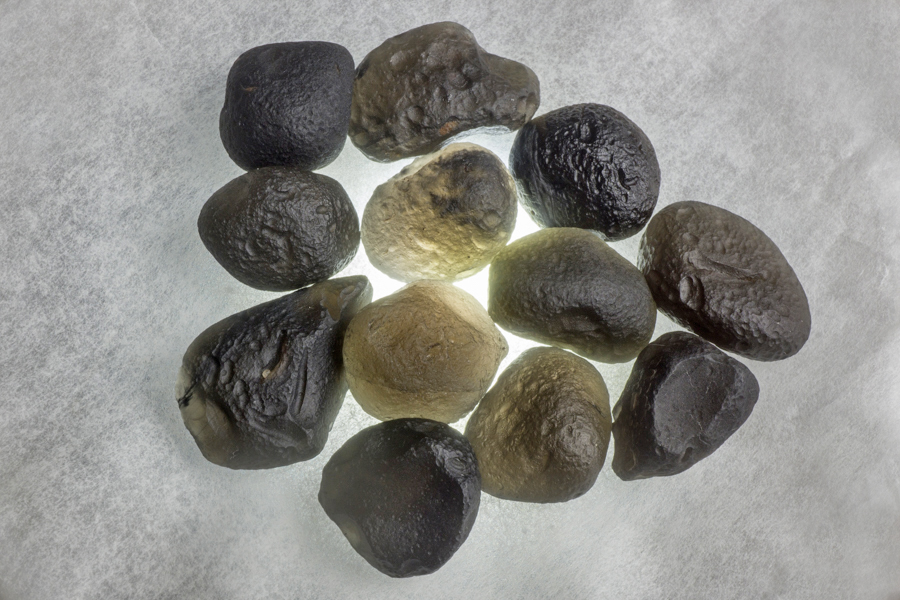